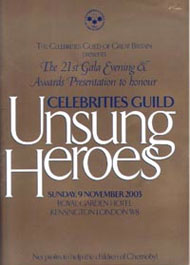 At a gala ceremony at London's Royal Garden Hotel, attended by celebrities from stage, screen, sport and television, Anne was awarded The Celebrities Guild of Great Britain 'Unsung Heroes Award' after being nominated by many recovering stammerers.

The Award was presented by motorsport legend Sir Stirling Moss OBE in recognition of her work for people who stammer.

In her acceptance speech Anne said that although she was honoured and amazed to be receiving an award for something that she loved doing, she felt that the real heroes were the recovering stammerers of The Starfish Project who had to work at a technique to control their stammer.

Anne dedicated the award to all recovering stammerers who had helped to make the Starfish Project what it is. She said that all these people were her unsung heroes. 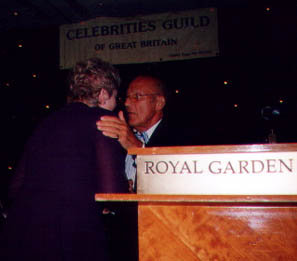 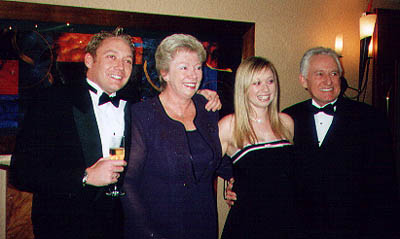 Anne before the ceremony with her loving and supportive family

Click on the images below to read each article 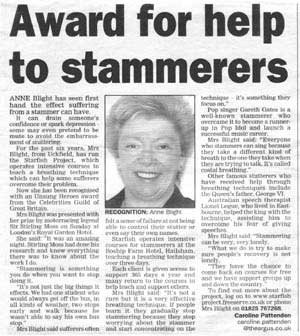 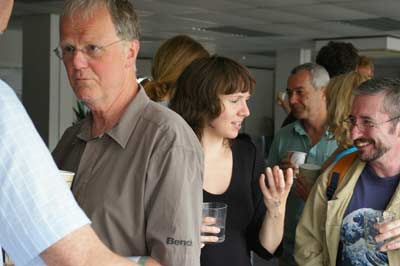 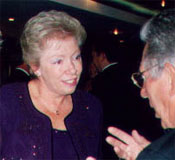